The fascinating history of Lloyd Loom starts in the United States of America in 1917, during the ambiguous times of World War I. Entrepreneur Marshall Burns Lloyd a producer of baby strollers, found himself confronted with a severe drop in the supply of rattan as a result of the first war.

As an alternative, he invents a technique in which paper is twisted around a metal wire and subsequently machine woven into large sheets of woven paper thread. When putting the material to use in his production of baby carriages, he discovers that this new material is not only much stronger, but also a lot softer and thus more comfortable than rattan. He calls his invention the ‘Lloyd Loom’ technique.

In 1922, Marshall Burns Lloyd sells the UK patent for the Lloyd Loom technique to William Lusty, a London based merchant with a plan to make furniture out of this innovative material. Lusty develops a unique line of typically English furniture, that soon became all the rage in the UK and the rest of Western Europe. At the height of its success, in the 1930’s, Lusty’s Lloyd Loom furniture could be found in, restaurants and tea rooms, as well as aboard Zeppelin, cruise ships and ocean-going liners, and many hotels including Raffles reflecting the colonial style that they are much loved for and has become a house hold name though its popularity.

After the war popularity of Lloyd Loom style furniture fell with the introduction of mass produced pieces where upon most of the production was moved abroad.

Lloyd Loom chairs are recognised and appreciated throughout the world by the stylish timeless curved frame’s on which the loom is upholstered giving the chairs outstanding comfort and durability.

Many Lloyd Loom Chairs from the 1920’S & 30’S are still adorning homes around the world having been passed from generation to generation.

The weave know as “Loom” is still manufactured today in the exact same way it was back in the 1920’s with twisted craft paper on a Loom machine.

The natural finish is sealed with a Lacquer and can vary in shades of colour based on the batch of craft Paper used in manufacture. The natural Loom can be susceptible to liquid damage although the lacquer will give some protection a large liquid spill must be dealt with quickly by dabbing off with a dry cloth.

Over the years the chairs and furniture which are hand crafted with this unique Loom material have been offered in a range of colors, during the 1920’ there was a range of Vivid colours with a gold undertones and today they are manufactured in a more subtle pallet of colours. 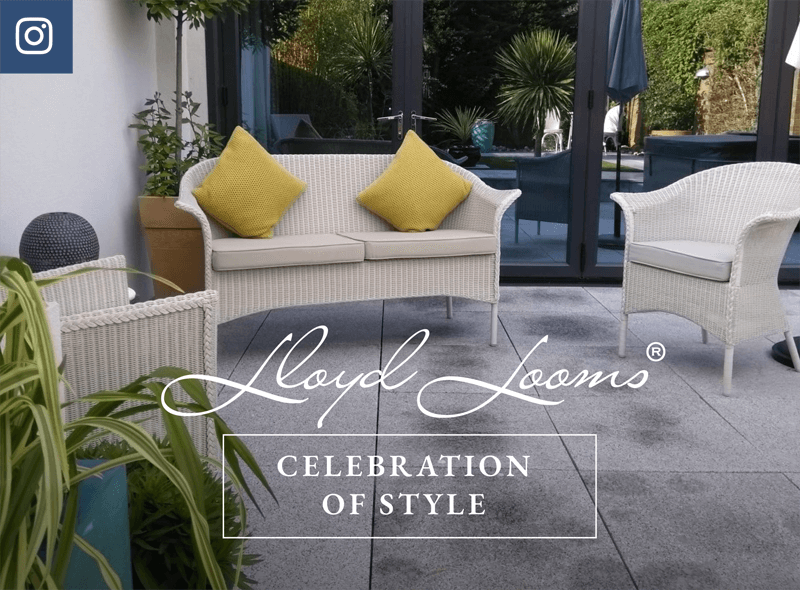